Bronx native, Cardi B, and Candace Owens battle it out on Twitter over the rapper’s new single “WAP.”

The Twitter beef broke out on Sunday night, after a video Owens posted from The Ben Shapiro Show, expressing her thoughts on Democratic presidential candidate Joe Biden for having an interview with the “Bodak Yellow” rapper.

“It is one of the biggest insults,” Owens spoke of Cardi’s sit-down with Biden. “If Black Americans are not insulted by the fact that Joe Biden, who has been hiding in his basement for the entire year, made the appearance to come up because he was going to interview with Cardi B. We have nothing better to offer.”

In response, Cardi B wrote, “You wanna know why Joe gotta talk to me, Candice. “Cause I have the #1 song & yet my sister can’t go to the beach in the Hampton’s wit out trump supporters harassing cause they were by themselves & Santa Claus was harassing my sis GF all because they are an Afro/Hispanic gay couple.”

The two continued to attack each other on Twitter over political views, and Cardi B acknowledging Trump for racism and Owens calling out Biden’s past political issues to the public and saying she believes Cardi B is illiterate. Eventually, Cardi B went to Instagram to continue taunting Owens, bringing up old tweets from 2018 where Owens praised Cardi for having a free thought.

“Since 2018, you know the power and potential that I have,” Cardi captioned the post. “I will never let you SILENCE MY VOICE cause you threatened by the power that I have for a NEW BEGINNING AND CHANGE! People will call you dumb, stupid, but deep down inside, they know you a fuckin FORCE.”

Check out the full debate below.

Tue Sep 8 , 2020
hough he is relativity new to the music scene, YRS Swerve has already made quite a name for himself. The newcomer has amassed a following via his hypnotic flow and strong delivery. Aside from a growing fanbase, the Brooklyn native has collaborated with some of New York City’s brightest rising […] 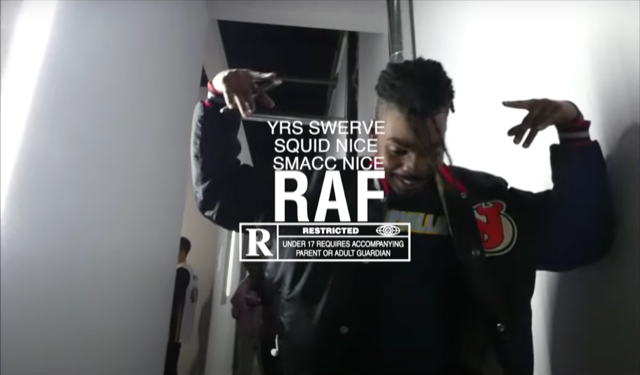