Following up, Ty slides in on the track with a quippy rhetorical question about why he’d ever bring a baddie to Tulum. After all, they all travel to Tulum right? “OT” is a playful, spontaneous-styled single that radiates positivity.

In fact, the new sizzling single extends Capella’s winning streak. In doing so, we’ve watched Capella bring back to back bangers from the Bronx. Making him one of New York’s rapidly rising stars to apply pressure in the last year. Since popping on the scene, the Capitol Music Group signee has captivated fans with a nostalgic, shape-shifting mix of R&B, dancehall, and soul, combining a flexible voice with an equally malleable style.

His breakthrough single, “Gyalis,” peaked at No. 38 on the Billboard Hot 100 chart last year and has received over 55 million Spotify streams to date. In addition to a thoughtful rumination on a failing relationship with “Cofujawn” he continued to build momentum by combining sensuous vocals with a feature from Nija.

Every now and then, an artist comes along and reminds listeners what music should sound like. Hip Hop purists have given way but traditional R&B artists have had to play the background in today’s trendy viral video dominated space. And, unlike Capella Grey, musically trained vocalists must trade their talent for a call-and-response anthem infectious enough to start a TikTok movement. Capella has figured out how to creatively match today’s sound with authentic musicianship elements. As a result, Grey has already proven himself and why his sound is necessary, peaking at No. 1 on Apple Music’s Top 25: New York City and No. 1 on Shazam in the United States! Capella’s captivating lyricism as a skilled songwriter, are embodied into harmonies that translate to the streets while not alienating the ladies.

“I want everyone to feel the energy.”

With “OT” backing him and summer here, Capella is poised to have his best year yet! Not letting up, Capella is currently working on his debut Capitol Records project, which is set to arrive later this year. For now, stay tuned here at Hip Hop Weekly and press play on the “OT” visual featuring TY Dolla $ign!

Thu Jun 30 , 2022
Ilyass Bouftass looks forward to bringing that spark to the music industry and feels his authenticity and lifestyle connects with people causing him to relate to anyone that’s a true hustler and passionate about their music. It’s safe to say that the upcoming  artist  has the confidence and mindset to be […] 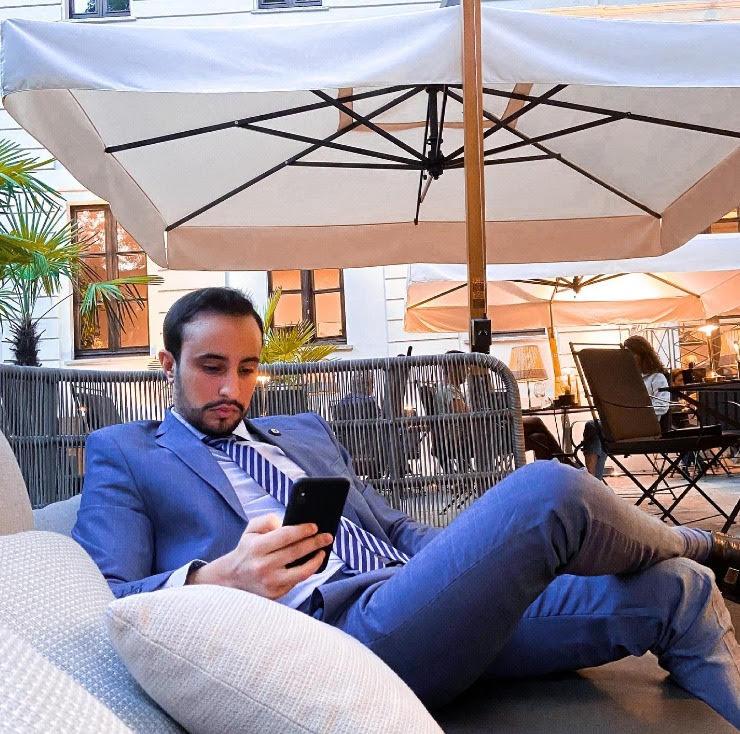