The Head of Instagram, Adam Mosseri, sat down earlier this week with The Breakfast Club and explained in detail why Boosie got banned from the app, “It’s a nudity policy. We try to be clear,” he stated. “You can appeal but if you have too many strikes, something will happen.”

Boosie then took a milder approach. “You done gave everybody they page back, give me another chance,” he begged.

“Give me my official Boosie page back with my 10.5 million followers so I can help feed my family some more. Do y’all think about the hurt that you cause people’s families when y’all take they page?”

When talking to fans using the “Ask A Question” feature on Instagram, Mosseri was asked about Boosie’s lifetime ban  again. He chose to respond to that question out of the numerous ones that were asked. A concerned fan asked, “why won’t you give Boosie another chance with his main account?”

“The only content we try to take off of Instagram is when there’s safety concerns,” said Mosseri. “You don’t lose your account or get it suspended until you have a lot of strikes. And at some point, we have to draw the line.”

Sat Jul 31 , 2021
Our team caught up with Singer, Songwriter, Vedo in Atlanta ahead of his latest release “Yesterday” Vedo talked exclusively about his musical journey growing up in Michigan. He discussed how his experience on The Voice helped him think outside the box creatively. Vedo also talked about what advice his mentor […] 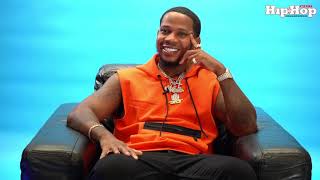