Every artist in the music industry today has a story to tell because success is not an overnight achievement. To become successful and sweep the music industry, you need a lot of patience, persistence, and continuous improvement of your musical skills. All the top talents know that and it has involved many sacrifices to practice and polish their talents to improve their skills. There is a lot of competition in the music industry today, but the most critical thing is to believe in your talent and never give up.

Benjamin Ken is a rising talent who has overcome all odds to be where he is today. He is a writer, composer, artist, and businessman and among the top rising talents in the rap scene. Born and raised in North Carolina, Benjamin Ken is already making gigantic moves in the hip hop world through his rapping mastery. He is thrilling his growing fan base.

At only 22 years old, Benjamin’s rapping is shaking the airwaves through his newly released album, “Soul Searcher.” The album is a sign of outstanding professionalism and unmatchable work. He has a promising future in the music industry.

Listening to some of the hits in his latest project is breathtaking. His unique mastery in rapping in some of the songs, such as “Legends Die Young,” “Soul Searching,” and “Ghetto Hero” is already giving his fans an exciting experience and they can’t get enough of the songs. His fans equate him with Tupac, Drake, and Lil Wayne and look forward to what the future holds for him. The new album has received overwhelming feedback from his fans.

Benjamin has a solid growing connection with his fans on the social media platforms, and the number is growing by the day after his latest project. He has over 28k followers in his Instagram account and counting. He also has a growing fan base on SoundCloud and YouTube, where you can enjoy more of his vibes.

Through the latest release, “Soul Searcher,” the rap-master is certainly on the brink of reaching the top in the rap industry. He is an original artist, and all the tunes in his songs have irresistible vibes. Benjamin had released other hits before his latest project. They include “The Rooftop” and “Bigger Man,” which caused a stir with his fan base. He is a very consistent artist and says that music has always been his business. He has a positive mindset, has never allowed any setback to make him give up, and quitting has never been an option.

Benjamin Ken has created a platform for other creative talent like himself. He wants to see new artists rise. Together with “The Notables,” he has recently opened a creative facility in downtown Atlanta, which will offer a unique platform for upcoming artists and other players in the industry to hone their talents. It will also give the up-and-coming artists and producers a platform to interact and expand their creativity.

Benjamin plans to make another surprise for his fans soon; he is busy working on a new release dubbed “Evul”. He is sure the album will cause a stir in the music industry and showcase his outstanding talent.

Tue Jun 29 , 2021
Miami rapper Money Rod drops off his latest single “Money.”  This single samples The O’Jay’s 1974 classic “For The Love of the Money.” When speaking  about the single Rod say, “‘Money’ is the perfect introduction of me to the world. I’ve been  called a money winner since I was a […] 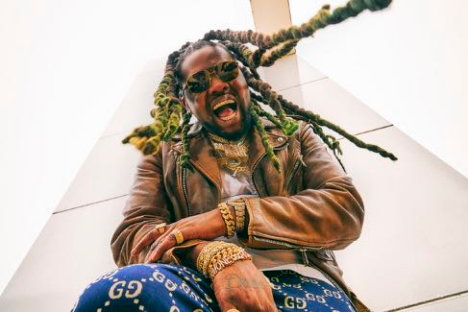