Upcoming Baltimore rapper Jefeladon is making his presence known on the underground scene. Jefe have been taking rap more serious for a little over a year now. Once he started taking rap serious, the understanding of investing in yourself became vivid. Working with engineers to get professional quality sounding music that’s industry ready. The indie artist is looking to drop 4 videos this year off of a joint project with friend Aye Aron, set to be released soon.

Jefeladon music stems from reality along with his life experiences. Being real, raw and clever with words while telling his story is something the young artist takes pride in. Recently dropping the visual to “Like Jason” with Aye Aron, Jefeladon showcased his delivery and wittiness. The Baltimore native music reflects the emotions of everyday life. From interactions with females, friends, the streets, and life struggles.. Jefe gives you the life of a individual from Baltimore.

Growing up Jefe learned a lot, Quick! He gravitated to music that he could relate to which would give him motivation. Listening to artists such as Lil Boosie, Gucci Mane and Yo Gotti.. he became inspired to do music. Some artists that the upcoming rapper will like to work with are Lil Baby, EST Gee, Gucci Mane, Boosie and Yo Gotti. All in which paint a picture of life as a young man grinding to elevate their situation.

Jefeladon is a indie artist that’s building his Trap Team Music Group (TTMG) from ground levels to beyond sight. Jefe is working hard to bring light to the city of Baltimore outside of drugs and crime. Putting his all into music to insure the city music scene get the attention they rightfully deserve. Will Jefeladon be a name we hear more of in the future? He’s from Baltimore, built strong with the determination to overcome all obstacles. Watch his grind!

Thu Apr 22 , 2021
The two heavyweights join forces putting their respective neighborhoods on the map saluting and highlighting the cities that raised them in the Suj directed video. Staying true to their individual styles and gritty yet commanding presence, the unapologetic lyricists prove that it was well worth the wait for a collaboration. […] 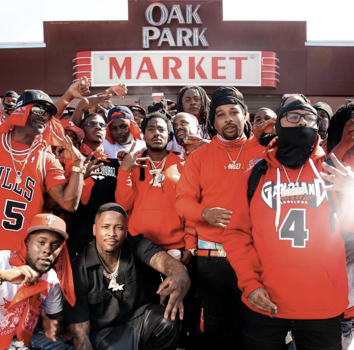