Several obstacles have prevented many artists from reaching success. A career in the music industry is rare, and many people fail due to the stress of balancing a career and everyday life. Top performers in the industry have overcome obstacles to reach their dreams despite staggering statistics.

The harsh side of life has been experienced by Polkahontas first-hand. In the aftermath of Polkahontas’ grandmother’s horrific murder by her grandfather at 16, her mother was placed in a foster home. Despite the protection Polkahontas received from her foster grandmother, her mother’s second husband did not physically abuse her. Her career was impacted by the incident, which helped focus her mind on her goals. It is the age-old scenario, when faced with adversity, one can either succumb to the pressure or rise to the occasion, focusing on and turning negativity into positive results.

It didn’t matter how many doubters and naysayers there were, she wasn’t deterred. No matter what harsh critics stood in her way, she used every bit of venom they spit her way as fuel to fire her career forward.

While attending school, Polkahontas found solace in music. Her music provided an escape and therapy for her while acting as a source of strength. Since then, she has taken the music career seriously, with ambitions to crash to the top of the industry. While working within the film industry, she developed tight connections with industry plugs who encouraged her to keep going, saying “She had something special that the world would love to experience.”

Now at the height of her career, she is focused solely on spreading positive vibes and establishing a timeless legacy that will inspire the next generation. She explains, “life is meant to be lived, even if you struggle to find happiness. Appreciate each moment and enjoy the journey”.

According to Polkahontas, a song’s success can be predicted, unlike some artists who seem to have synesthetic ties to music. It is as if she can visualize and hear people singing each and every word in her imagination. The same as legends before her, she combines her energy with tracks to create a perfect synergy.

There is an exciting project in the works between Polkahontas and Grammy-winning beatmaker Chink, who has worked with Ashanti, Ja Rule, Keisha Cole, Toni Braxton, and others.

Polkahontas’ latest EP, ‘Living My Dreams,’ was a four-track release that showcased her best as an artist. Right now, she is working on her next release, which will get the club jumping and is guaranteed to get you out of your seat.

Lindita Let’s Go Of Her Frustration On ‘Love Like Me’

Sat Aug 20 , 2022
Lindita has been making waves in the pop & r&b scene she debuted her first songs back in 2015.  The artist recently released a new single titled ‘Love Like Me’. The pop and r&b blend offers a catchy chorus and lyrics about being frustrated with someone who isn’t giving you enough […] 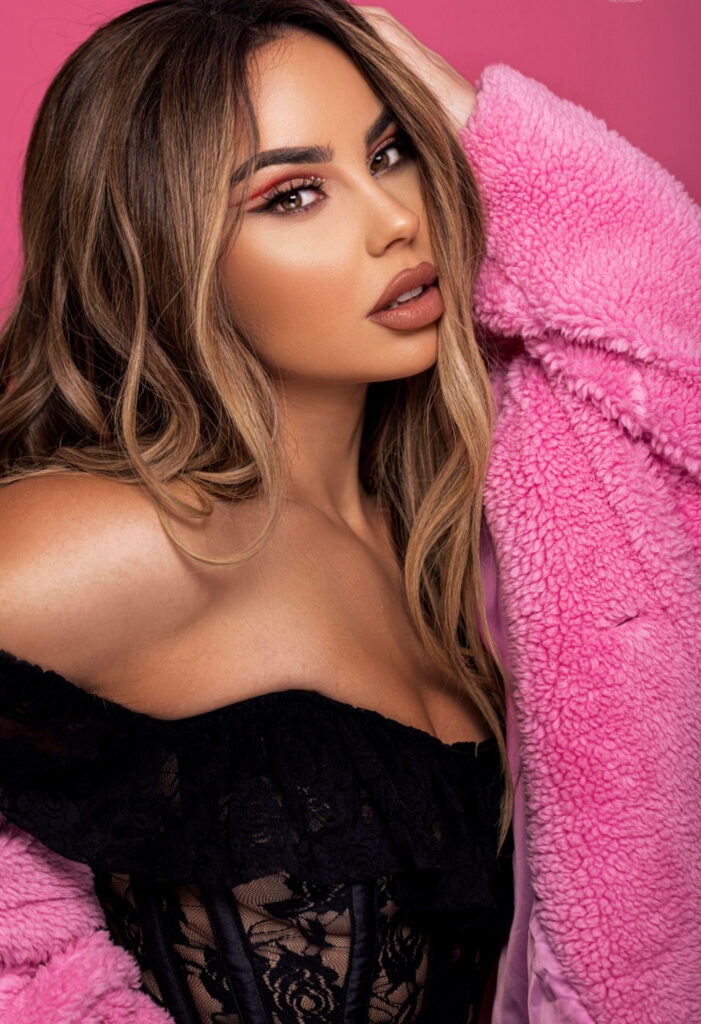