Nipsey Hussle was and will always be a symbolic figure in hip-hop and his efforts within the urban community will last a lifetime. To take his legacy a step further, VIBE founding editor Rob Kenner has penned the autobiography of the late Crenshaw rapper, entitled ‘The Marathon Don’t Stop: The Life and Times of Nipsey Hussle’. The bio is slated to be released on March 24, 2020 and is published by Atria Books.

Kenner told Complex, “The last time I spoke with Nipsey Hussle, he told me, ‘I ain’t outside giving out jewelry or dropping off bags of money on people, but I’m giving out game. This book is my attempt to help fulfill that intention.” The editor continued, “He was one of the most fascinating artists of our time, as well as an important activist and thought leader, but he received relatively little acclaim during his lifetime. I wanted to do my part to help set the record straight.”

According to Billboard, the book will feature commentary from Nipsey himself as well as interviews with those closest to him. Kenner explained that the biography has not been authorized by Nipsey’s family, but a portion of the proceeds from the book will be donated to Nipsey’s estate.

Fri Oct 11 , 2019
Twenty five years in the game and the Queen Bee can still cause a buzz. Friday, Oct. 11, the Bed-Stuy Queen dropped her 5th studio album, simply titled 9; symbolizing the return of an icon. Lil’ Kim, a trendsetter, to say the least, has paved the way for artists such […] 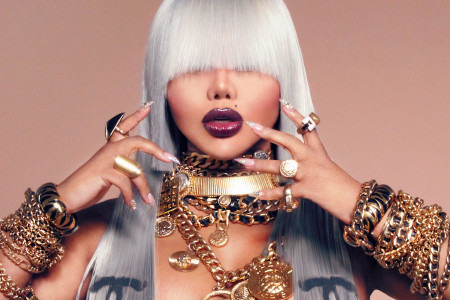