Artist 2k Zoo is not afraid to take risks with his sound or his look! With his own signature style, the Atlanta artist is breaking down the stigmas of rappers thinking creatively and not limiting their sound to a certain audience. Not one to worry about what others think, the flourishing artist just released a new single titled ‘Problem Solved’ featuring 2k Hundro out now!

“Problem Solved is the perfect summer bop to keep you hooked on 2k Zoo! Hundro compliments the Atlanta artist perfectly on the track”

The song is catchy and highlights the versatility that 2k Zoo brings to the industry with his artistry. There is a melodic undertone that carries the lyrics throughout the song. The track was produced by Imperial @iiimperial • Instagram photos and videos

2k Zoo was born in Ohio but grew in Bankhead Atlanta. Although he grew up in a notorious section of the city, his style is nothing like the new-aged Atlanta rapper and he prides himself on dabbling in Emo music, while overall being open to trying new musical sounds. With an extensive career in the music industry, he started making beats when he was just 16 years old. Two years after working as a producer he transitioned into becoming a rapper.  He wants everyone to know that even though he raps, he does not consider himself a rapper, but an artist. There is a limitless number of styles that he dabbles in with his sound. He is also an actor and model, which he mentions helps to feed his creativity. Even though he is known to everyone as Zoo, there is no taming the budding entertainment mogul.

Stream ‘Problem Solved’ out now on all platforms, and be ready to hear more from the talented artist in the future. He is also currently working on 2 collab EPs and a rock EP on the way. With about 15 albums worth of music already recorded in his catalog, the artist is growing his fanbase daily by staying consistent with his career. Not only is he enthusiastic about his work, but he is also an artist that doesn’t mind investing in himself.

Sun Jul 3 , 2022
Javoe Rôkour had a desire to learn “how to get on” in the music industry at an early age, this led him on a journey to crack the code for independent artists. Without missing a day he has been studying the numbers, music and algorithm to identify what truly retains […] 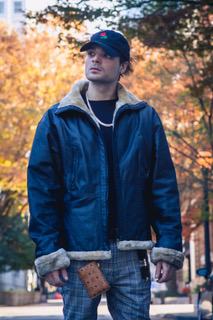