A 17-year-old aspiring police officer has been charged with first-degree homicide during a protest in Kenosha, Wisconsin, on Tuesday, killing two people and leaving one injured.

The suspect was identified as Kyle Rittenhouse, of Lake County, Illinois. Protestors   in Lake County filed charged against Rittenhouse at noon on Wednesday, and named him a fugitive who “fled the state of Wisconsin with intent to avoid prosecution for that offense.”

Tuesday was the third continuous night of furious protests in Kenosha since police shot Jacob Blake seven times in the back, leaving him paralyzed.

Rittenhouse, who was wearing a green t-shirt, a cap decorated with an American flag, and carrying an assault rifle, was caught on video in multiple locations that night. In numerous graphic videos, he’s seen shooting at protesters; one shot in the head, another one in the chest. The surviving victim was shot in the arm.

A protesters witnessed the shooting.

“We were all chanting ‘Black lives matter’ at the gas station, and then we heard, boom, boom, and I told my friend, that’s not fireworks,” Devin Scott, 19, shared with the Chicago Tribune.“And then this guy with this huge gun runs by us in the middle of the street, and people are yelling, ‘He shot someone! He shot someone!’ And everyone is trying to fight the guy, chasing him, and then he started shooting again.”

A public defender has been assigned to Rittenhouse, and he will make a court appearance for an extradition hearing in the coming days.

Wed Aug 26 , 2020
The pride of Miami @DyamondDoll just dropped a HOT song #Automatic with @ToryLanez and @IamLegaxy that sounds like they all have been through their fair share of rough relationships. Take a listen and tell us what you think? Full song available on all platforms @DarkBoysRecords About Author Driune Santana The […] 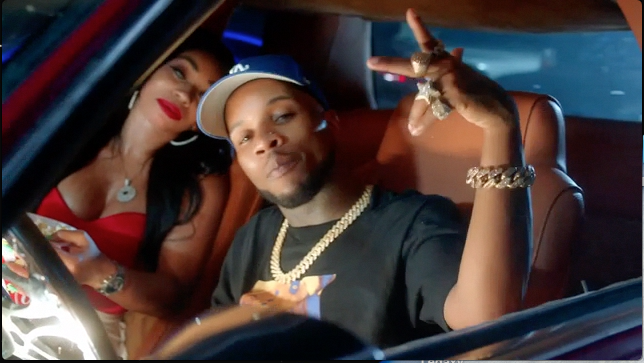