As per usual, the New York heavyweight emcee, Nas releases a must-see visual. This comes after already capturing the ears and minds of Hip-Hop with the dropped audio of “Ultra Black” from the newly released King’s Diseasealbum.

The lyrics are as follows:

Although Doja Cat has since explained her actions, her apologies weren’t accepted by most of her Black fan base.

In a recent interview with Los Angeles’ Power 106, Nas was asked about the verse and the hip-hop verteran expresses that it wasn’t a diss, just a play on words.

Nas goes on to say:

“I just was really saying a rhyme that rhymes with ‘Ultra Black’, I rhymed that word with ‘ultra black,’ I didn’t even think of it. It’s all love, it’s all love, you know what I’m sayin’? It was like ‘Michael Blackson black. They’re bars. Just lines. We play with words, man.”

Indeed Doja Cat felt a way about the bar, going on to say, “I’m so offended and upset by this song…”

This comes after the “Freak” singer announced last week that she will be releasing a song called “N.A.S.” this week, that has yet to surface. The way 2020 has been treating us, it’s good that Nas spared Doja and us all from one of the wildest rap beefs in hip-hop history.

Within the record, Nas name drops a few people in an attempt to uplift the community and represent people who look like him. “Ultra Black” comes as the lead single off of the collaborative album, King’s Disease, with Hit Boyfresh off the Friday release. The hot new Spike Jordan-directed visual features cameos from producer Hit Boy and Harlem fashion-forward mogul Dapper Don.

Take a look at the “Ultra Black” music video below and let us know what you think! 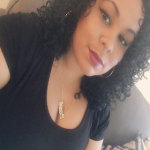 3 days ago Sofia The First