Tory Lanez is said to have opened fired on Houston hottie Megan Thee
Stallion early Sunday morning after arguing with Thee Stallion and her friend.

According to reports, direct sources say the argument began after the group left the Hollywood Hills party together in a SUV driven by a chauffeur. At some point, Megan and her bestfriend, Kelsey Nicole, were looking out of the car.

From inside the vehicle, sources says Tory opened fired and reportedly hit Meg twice in the foot.  A short time later, LAPD pulled over Tory’s vehicle.

On the sidewalk, Megan’s feet were obviously bleeding while taking direction from the police to depart from the chauffeured car.

Sources also state that the shooting is on cell phone video. Law enforcement has yet to view the alleged footage, and witnesses are allegedly not cooperating.

Stay tuned as this story develops. 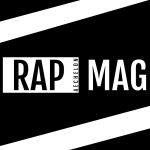